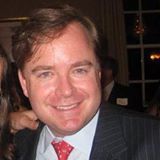 Joel Hinzman is Vice President for Public Sector & Engagement at Oracle. In this capacity he leads a team focused on policies, regulations, and legislation critical to Oracle’s Business. He is the lead lobbyist for Oracle’s Public Sector and National Security groups, as well as for Oracle’s Healthcare, Construction, and Engineering Global Business units. Mr. Hinzman has also served as Oracle’s head of State and Local Government Affairs.

Prior to joining Oracle, he was a Schedule C Political Appointee at the General Services Administration (GSA), where he served as the Acquisition Policy Advisor to the Administrator and was responsible for Congressional and Intergovernmental affairs for GSA’s Federal Supply Service, Federal Technology Service, and GSA’s Office of Government-wide Policy.

Mr. Hinzman graduated from the University of Maryland – College Park in 1993 with two Bachelors of Arts degrees and became a licensed stockbroker in the same year. He has completed post-graduate coursework in Congressional legislative and parliamentary procedure.