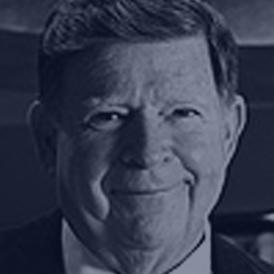 John Motley is a 45 year veteran of government and public affairs.  With a reputation as one of the best legislative strategists and vote counters in Washington, Motley recently left the Food Marketing Institute, where he was Senior Vice President of Government and Public Affairs.  Before FMI, he served in similar positions at the National Retail Federation and NFIB, the nation’s largest small business organization, which he built into one of the most effective lobbying operations in Washington.  During his career, Motley was named by Washingtonian Magazine as one of the 25 most powerful lobbyists and by Roll Call as one of its “Fabulous Fifty.”  He made The Hill’s “Rainmaker” list and was selected by Influence as a top trade association lobbyist.  He has been featured in the Wall Street Journal, the Washington Post, the New York Times and other national newspapers and business magazines.  He has appeared on Good Morning America, the Today Show, the MacNeil-Leher News Hour, and on CNN’s Money Line, Politics Today, Crossfire and Late Edition.