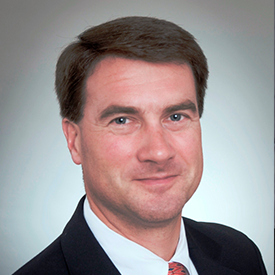 Krister began working on Capitol Hill as a Legislative Assistant to then-Congressman Newt Gingrich.  In 1999, Krister moved to the office of then-Congressman Saxby Chambliss (R-GA) in the House of Representatives to be Deputy Chief of Staff principally responsible for working on military, international, and homeland security issues.  When Cong. Chambliss was elected to the United States Senate, Krister served as Chief of Staff from 2003-2007.

Originally from Atlanta, Georgia, Krister has a Bachelor of Arts degree from Emory University and received a Master of Arts degree in National Security Policy from Georgetown University.  Krister is also a graduate of the U.S. Naval War College.